“My personal experience tells me that God exists.”

“Just as you can’t describe red to the blind, I can’t explain to you how I know that God exists. I perceive God because I am spiritually awake. You cannot perceive God, because you are spiritually blind.”

This is like telling a blind person the location of a chair. When the blind person gets to that location and cannot find the chair, you tell him he can’t perceive it because he is blind. The blind person asks you to prove there is a chair. One way you can demonstrate its presence would be to place his hand on it to trace it’s outline. If you refuse to show him in some way that the chair is there, the blind person is justified in calling you a liar. Likwise, until valid evidence of a god’s existence is presented, one is justified in rejecting the claim.

You cannot describe red to a blind person, because red is a subjective visual experience. It is dependent on the brain to create it. If God is like “red”, God too is a mental image rather than an objective reality.

The problem with that is that we can show that light exists. We can detect and measure it. We can even measure light we can’t see and everyone who measures it with the same method gets the same results. God, on the other hand, has not been detected and people do not get the same results with belief in God. This is a clue that God is a mental experience rather than something that exists objectively. In order to accurately say that something exists, you have to be able to show that it can be detected and that everyone who uses the same detection method gets the same results.

“Nature is so beauty. Only something intelligent could have created it.”

Beauty is a subjective emotional experience different for every person. Beauty is in the mind, not in the thing observed. There is no rational reason to think that because you think something is beautiful, that someone must have made it beautiful. Someone else will look at the same thing and not see beauty there at all. Nature is only beautiful to those who deem it so.

These come from unwillingness to accept that you don’t know something or that something is simply unknown. Not having an answer to something for many people is uncomfortable. So they plug in an answer they like to feel better. However, without evidence for the proposition, there is no good reason to accept that it is true.

God is presented as the ultimate mystery – a being that cannot be understood by human minds or detected by physical means. If that is the case, it couldn’t explain anything. It only piles mystery on top of mystery. Accepting an unproven mystery as an answer, stops you from discovering real answers that can be verified as true.

“It doesn’t seem plausible to me that there could be no God.”

Note that no evidence for the belief in God is being offered with this or similar statements. It is simply a thought-stopper amounting to “I don’t understand how this could be. Therefore, it can’t be true.” It is a versioin of an argument from ignorance.

The nature of reality isn’t dependent on one’s intuitive or personal understanding. There have been many things that were not intuitively plausible or credible that have been shown with evidence to be true. If we are interesting in knowing whether what we believe is true, we must follow wherever the evidence leads. Anything short of that is self-deception.

Not one miracle has ever been proven to have occurred. Every supposed miracle in modern times has been shown to have been the work of natural causes or to have been faked. If you believe miracles only happened in ancient times, you need to demonstrate that they actually happened. If a “miracle” is ever verified, you’d then need to demonstrate that it was caused by a god and not by some other force, entity or a natural process.

“Even though the existence of God cannot be proven, a person should believe and live as though God exists. By doing so, you have eternal life to gain if you are right. If you are wrong and God doesn’t exist, you lose nothing. On the other hand, if you don’t believe in God and God does exist, you’ll face eternal punishment.”

This kind of belief is not genuine. It certainly wouldn’t fool an all-knowing god who would know you’re just using belief as a “get-out-of-hell” card. You would surely would end up in hell for trying to fool the god.

The Christian who makes this argument does not really believe it. If they did, they would believe in every god proposed by all religions so as to avoid any possible punishment from any of them.

The argument says you loose nothing by believing in God, but, of course you do. You lose the only chance you have to enjoy the pursuit of happiness now in whatever way you would choose if you didn’t hold that belief. In Christianity, so many natural impulses are deemed an offense against the Christian god. By fighting one’s natural impulses or one desires that do no harm others, you put yourself into an inevitable unnecessary cycle of guilt and seeking forgiveness. Why do that when there is no proof that the Christian god (or any other one) exists in the first place?

“Everything that begins must have a cause. The universe began. Therefore, it must have a first cause – God.”

This argument contains an unsupported claim. It is not known that the universe began. The person making this argument must demonstrate that it did. Believers will often say that scientists have determined that the Big Bang was the beginning of the universe. In actuality, that is a misunderstanding of what science says about it.

If God created the universe, we want to know who or what created God. The usual response is that God is the uncaused cause – he always existed. This pokes a hole in the theists’ own argument. By asserting that God had no cause, the theist admits that it is possible that something always existed. The universe itself may be uncaused? This shouldn’t be beyond conception since there are verified uncaused things in the universe now. (Radioactive decay and some of the behaviors of subatomic particles are examples.)

Teleological Argument (a.k.a. Argument from Design)

“Design is evident in the universe. Therefore, there must be a designer – God.”

This is a linguistic trick used to get the mind to come to a conclusion without supporting evidence. The word “design” starts with presumption of a designer. Starting with a presumption of the conclusion you are trying to prove is an illogical and invalid way to argue.

This argument overy ften takes the form of the ‘Watchmaker Argument’ which says, “If you see a watch in the forest, you know that it is designed and must have a designer. Nature has design and therefore must also have a designer.” Without realizing it, the theists using this line of reasoning is admitting that nature is not designed. One way you know something is designed is by comparing it to things you know are not designed. The hypothetical watch on the forest floor looks designed compared to the forest because we don’t see the forest as designed. If both the watch and the forest seemed designed to us there would be no way to make a comparison to lead us to consider whether anything there was designed or not. It would all look designed.

We also come to the situation already knowing that watches are designed because of evidence you have already have: watch factories, watch designers and watch making technology. We have never had any evidence in that the universe is designed.

“The universe is finely tuned for the existence of human life. The fine tuner is God.”

The universe is not finely tuned for human life. If it were, we would see human life everywhere. Instead, the universe is so overwhelmingly hostile to human life that is only exists on one planet. Even the earth isn’t finely tuned for us. Weather, earthquakes, volcanoes, bacteria, viruses and other lifeforms destroy human life daily. We have only achieved our current numbers and increased our lifespans by intentionally working against nature’s conditions. We do this by making clothing, building dwellings, creating technology, curing and eradicating diseases, and domesticating plants and animals for food. We exist in spite of the inhospitable conditions of the universe rather than existing in a universe finely tuned for us.

There is no evidence of the existence of an objective morality. A morality set by a god could not be objective any more than one set by humans. Objective means “existing independently of perception or an individual’s conceptions”. A morality given by a god would by definition exist based on the perception or conception of that god – which means it is subjective. In order for morality to be objective, it would have to be independent of the god.

That would pose a problem to the theist. If there is something independent of a perfect god, he is subject to it and, therefore, isn’t sovereign over all, couldn’t possibly be omnipotent, nor could he have free will and shouldn’t be called God.

Let’s handle this argument in pieces:

“Logical absolutes are conceptual by nature, are not dependent on space, time, physical properties, or human nature.”

“[I]f the physical universe were to disappear, logical absolutes would still be true”.

“Logical Absolutes are not the product of human minds, because human minds are different, not absolute.”

This is a faulty assertion. Indefinite articles in English (the words “a” and “an”) are absolute. Numbers are asbolute as are mathmatic equations. They were all created by human beings. They are examples showing that human minds create logical absolutes.

Logical absolutes exist in the context of logical systems. They do not even necessarily carry over from one logical system to another. Examples:

are mathematical logical absolutes. However, they are not logical absolutes in physics. Two clouds added together make one. One cloud divided in two makes two whole clouds, not half of one.

“[I]t must be an absolute transcendent mind that is authoring them. This mind is called God.”

This assertion contradicts the growing body of scientific evidence that tells us that minds are created by brains. Since the mind-god this argument tries to get us to believe in has no brain, some evidence needs to be presented to show that a brainless mind does or can exist. Given what we already have verified, a god that is a brainless mind, would be a thing that does not exist in reality. 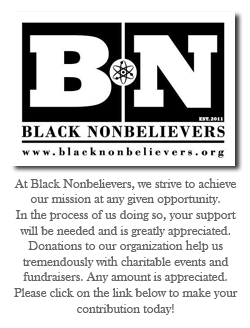